Skip to content
Home » Our Blog » Complementary Therapies » What is Reflexology?

So, what is Reflexology? It is a pressure massage, commonly used on the feet or the hands, but may also include the face or ears.

It is an ancient traditional treatment that has become one of the most popular complementary therapies in the last few years.

Reflexology is based on the idea that our bodily organs correspond to reflex points mapped on the feet and hands. The organs are located in zones that run through the body.

There are over 70,000 nerve endings in the feet that connect, via the spinal cord, to all parts of the body. By working certain points in a systematic way, therapists believe that they are stimulating the nervous system to normal healthy function. 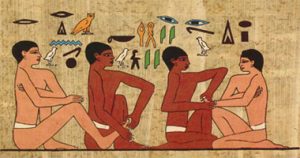 When our ancestors walked barefoot, the nerve endings and reflex points in their feet were constantly massaged and stimulated. Hunting and the inherent dangers, often faced and overcome to stay alive, dissipated natural stress. With the spread of civilization, all of this has gradually become lost.

Reflexology has its roots in both the ancient and the modern world. It existed in most cultures hundreds of years ago, and yet the system, as used today, was devised in the last century. From very early on, anointing the feet was seen as an act of purification and acceptance, but, according to Japanese mythology, a wise man called Otou was first credited with reading the state of the body via the feet.

Egypt has the best-documented pictures of early reflexology practices. The most famous was found in the tomb of Ankhamor the physician, and was probably carved around 2000BC. In Egyptian ceremonies, the dead had the soles of their feet removed in order to liberate their soul. In fact, for hundreds of years witches were thought to draw the ‘power of mother earth’ through their feet.

Reflexology spread to Europe during the Middle Ages, where rich and poor alike used a type of pressure point therapy. Eminent European physicians wrote the earliest books on zone therapy in the sixteenth century. As more people started to wear shoes, it was gradually forgotten about until the late nineteenth century.

Dr William Fitzgerald, an American ear, nose and throat surgeon, began work on what he termed ‘zone therapy’. His interest had stemmed from studying in Europe. By using certain implements and tourniquet-style elastic bands, mainly on the hands, he noticed that pressure on one part of the body could have an anesthetic effect on a related area.

In the nineteen thirties, Eunice Ingham, a physiotherapist, further expanded and refined the theory into what is now known as modem reflexology. She noticed that the foot mirrored congestion and tension in corresponding areas of the body. Gradually she built up a map of the body in zones on the feet by probing with her fingers or with wads of cotton. She discovered that treating the feet had a relaxing and healing effect on the whole body. Reflexology, in its present form, arrived in Britain in the 1960’s, and has continued to become increasingly popular.

Reflexology is completely holistic and suitable for almost everybody. Although there is no scientific explanation as to how it works, reflexology can be enormously successful in promoting a feeling of relaxation, well being and harmony.

A reflexologist will always complete a case history, checking the client’s state of health and by making sure that there are no contraindications to receiving therapy. Sessions usually last between 45-60 minutes, once clients are comfortably seated with their feet up.

Examining the feet before a treatment gives the therapist an enormous amount of valuable information. Not only do the feet facilitate our journey through life, but they also carry the marks and impressions of life’s experiences. The shape, colouring, skin condition, markings and the angle of the feet give clues to psychological and physical stress, and general health. Reflexologists use knuckles, fingers and thumbs, often in a kind of caterpillar movement. It is not ticklish because the pressure is quite firm.